A contribution to this fund assures that the deceased or honored individual will be perpetually remembered during Masses throughout the year, and be remembered daily in the prayers, sacrifices and good works of our founder congregations: the Daughters of Charity and the Vincentians. The deceased person's family may also request in the obituary that donations be made to the Ascension DePaul Foundation New Orleans (ADFNO)  in memory of the deceased. An honorarium may be sent to a person in lieu of gifts for a birthday, anniversary, etc. A card is sent to the donor and the family of the deceased or honored individual acknowledging the gift and explains how the deceased or honored one is remembered. You can donate online by clicking the button below or by mail. If by mail, please indicate the name of person to be honored in a note and send to: Monica Sanusi Gele, ADFNO Memorial/Tribute Gifts, P.O. Box 850258, New Orleans, LA  70185-0258

We honor and remember those that served the legacy and Mission of the Daughters of Charity New Orleans at Hotel Dieu and Charity Hospital New Orleans. 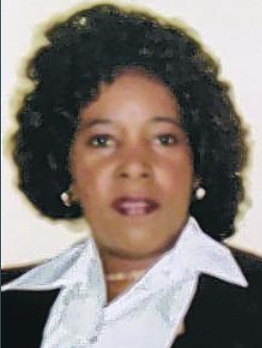 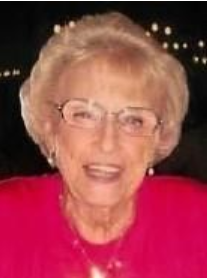 Yvelle Josephine Duhon Burdett On Sunday, April 11, 2021, loving wife and mother of four children, passed away at the age of 91. Yvelle was born on September 25, 1929 in Kaplan, Louisiana to Olite Meaux Duhon and Sidney Duhon. She moved to New Orleans at the age of 16 to attend Hotel Dieu School of Nursing, where she graduated and spent her entire nursing career at Hotel Dieu Hospital. She began working as an OB/GYN nurse. Then, as Director of Education, she pioneered many programs and processes to advance the practice of nursing at the hospital. Yvelle was extremely proud of her years at Hotel Dieu, but her greatest joy was time spent with family.  Read full obituary here. 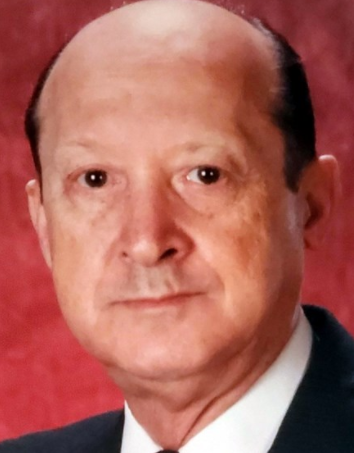 Anthony Scardino, M.D. passed away peacefully on Monday, November 9th, 2020. He was born on August 6th, 1928 in Chicago, Illinois but moved to New Orleans at a very young age where he became a life-long resident. “Bubby” or “Scotty” as he was sometimes called, dedicated his life to the care and service of others as a Doctor of Internal Medicine for 33 years. He began his long academic career at LSU in 1949 where he received his BS in Biology, followed by a Doctor of Medicine in 1953 and a Master of Science in Tropical Medicine in 1974. Dr. Scardino was also a Major in the United States Army from October, 1955 to October, 1964. He was a member of The American College of Physicians, The American Board of Internal Medicine, and The Knights of Columbus. His many accomplishments include serving as President of the Medical Staff of Hotel Dieu in 1970, Chief of Staff of Algiers General in 1972, a member of The Board of Trustees of Lakeside Hospital from 1975 - 1979, Chief of the Medical Staff of East Jefferson General Hospital in 1982, President of the New Orleans Academy of Internal Medicine from 1982 - 1983, and the recipient of the Jewels of Jefferson Award in 2006. Read full obituary here. 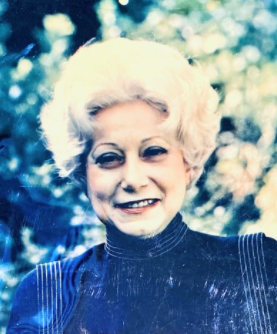 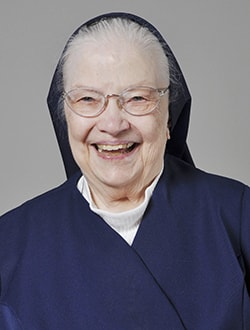 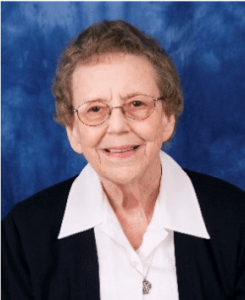 Sister Mary Ruth Rault, D.C. Her life was celebrated Tuesday, November 19, 2019, at the Seton Residence Chapel in Evansville, Ind.; burial followed at St. Joseph Cemetery, Evansville. Sister Mary Ruth died November 15, 2019, at Seton Residence, Evansville. Sister was 88 years of age and 70 years vocation as a Daughter of Charity of St. Vincent de Paul.
Sister Mary Ruth (baptized Dolores Ruth) was born July 17, 1931, in New Orleans, La., and was one of four children born to Joseph J. and Johanna (Schrewe) Rault. Sister Mary Ruth was educated by the Daughters of Charity in both elementary and secondary schools and graduated from St. Stephen High School in New Orleans in 1948. In 1954, Sister Mary Ruth earned her Bachelor of Science degree in Education at Fontbonne College (now University) in St. Louis. Sister Mary Ruth entered the Daughters of Charity in St. Louis from St. Stephen Parish, New Orleans, La., in July of 1949. Read obituary here. Sister Linda Delery, Daughter of Charity, age 72, died on October 29, 2010 at Seton Residence in Evansville, Ind. She was born on May 1, 1938, in New Orleans, Louisiana. Sister Linda was one of four children born to Louis Wilfred and Winifred Fruchter Delery. A year after her Vocation Date on June 5, 1958, Sister Linda began her journey toward a lifetime of service in health ministry. Her first ministry, upon completing her initial education in nursing, was at St. Margaret Hospital in Montgomery, Ala. She continued her health ministry from 1962 until June 2010, when she came to Seton Residence to serve in the ministry of prayer. Before that time, Sister Linda also worked at St. Joseph Hospital, Chicago, Ill., and the following health care sites in Texas — Seton Hospital and Medical Center, Austin; St. Paul Medical Center, Dallas; Providence Hospital, St. Catherine Center and Providence Health Center, Waco; and DePaul Family Center/Clinic, San Antonio. In Missouri, Sister was a nurse at the DePaul Health Center, Bridgeton, and the MPH Villa Infirmary, St. Louis. Health care facilities where Sister served in New Orleans include St. Vincent Home, Hotel Dieu Hospital, the Medical Center of LA-University Campus and DCS-NO. her last ministry before moving to Evansville. Read full obituary here. 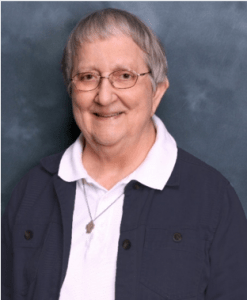 Sister Jo Ann Cuscurida, D.C., was celebrated on Thursday, July 18, 2019, at the Seton Residence Chapel in Evansville, Ind.; burial followed at St. Joseph Cemetery, Evansville. Sister Jo Ann died on July 13, 2019, at Seton Residence, Evansville. Sister was 86 years of age and 62 years vocation as a Daughter of Charity of St. Vincent de Paul. Born December 15, 1932, in Waco, Texas, Sister Jo Ann (baptized Jo Ann) was one of two children born to Michael and Millie Estell (Zahirniak) Cuscurida. Sister Jo Ann was a 1950 graduate of Waco High School in Texas. She earned her Bachelor of Science in Nursing from Saint Louis University in St. Louis, Mo., in 1956, and her Master’s Degree in Nursing Service Administration from DePaul University, Chicago, Ill., in 1965. Sister Jo Ann entered the Daughters of Charity in St. Louis from St. Louis Catholic Church in Waco, Texas, June 1957. Following initial formation, Sister Jo Ann served as a Nursing Supervisor at St. Mary Hospital, Milwaukee, Wis., (1958 to 1962) and at Charity Hospital, New Orleans, La., (1962 to 1963). After competing her graduate studies in 1965, Sister Jo Ann was missioned to Providence Hospital, Mobile, Ala., where she served as Director of Nursing Service (1965 to 1966); then, she served for several months as a Nurse at Hotel Dieu Hospital, New Orleans, La., (1967).  Read full obituary here.

Ruby Lee Turner Shannon passed away on Thursday, January 7, 2016 in the loving presence of her family. She was 92. Ms. Shannon was born in Hazlehurst, MS and lived in New Orleans for the past 58 years. She retired as an obstetric technician after more than 20 years of service with Hotel Dieu Hospital. Read full obituary here. GARCIA Servando Caesar Garcia, Jr., M.D. went to his eternal rest on Thursday, October 27, 2005 after an extended illness in Plano, Tx. He was born November, 1919 in Tampa, Fl., the only child of S.C. Garcia, Sr. and Mercedes Loreta Garcia. He attended Jesuit High School in Tampa, Fl. He graduated from Loyola University in New Orleans prior to obtaining his medical degree from LSU Medical School in New Orleans in 1945. He completed his internship and residency in obstetricts and gynecology at the USPHS Hospital in New Orleans. He received additional training in obstetrical ultrasonagraphy at Yale University. Dr. Garcia practiced at Hotel Dieu Hospital in New Orleans, serving as president of the medical staff in 1974. He delivered more than 10,000 babies during his career. Read full obituary here.

John Bill Parmley, MD entered Heaven at 7:10 PM on Sunday, April 14, 2013. He was welcomed by his son, John Thad, his parents, Dr. & Mrs. T H Parmley, his brother, Ralph Parmley, and many friends and colleagues. He was 90 years of age. Left to praise his memory are Catherine Cripps Parmley, his devoted wife and best friend, his daughters, Jodi Parmley, Jennifer Parmley Robinson (Pastor Stephen), and Patricia Parmley, and seven perfect grandchildren, Katie, Jack, and Aimee Sunseri; Isabelle, Conrad, William, and Annaliese Robinson. Dr Parmley directed the department of anesthesia at Hotel Dieu Hospital, New Orleans LA for 33 years. He was a member of the faculties of Tulane and LSU Medical Schools. He began the first pain clinic at Charity Hospital of New Orleans, and published many articles and one of the first books on recovery rooms .Read full obituary here. 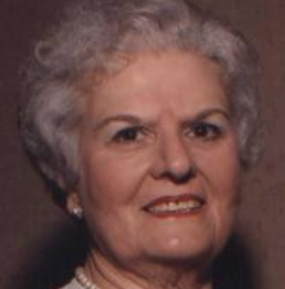 Elaine LeBoeuf Jordan passed away on April 15, 2011 at the age of 89. Beloved daughter of the late Alphonse Jean Marie and Mary Traub LeBoeuf. Beloved Mother of Joseph Darrell Jordan Jr. (Wife Margreth) and the late Dennis E. Jordan. Beloved Grandmother of Gregory Mitchell Jordan (Wife Michelle) and Wesley Darrell Jordan. Beloved Great Grandmother of Grant Mitchell, Genevieve Grace, and Garrett Grayson Jordan. Sister of the late Euphemie LeBoeuf Schlotterer and Alphonse LeBoeuf, Jr. Aunt of Gary J. Schlotterer, Sr. (Wife Bonnie). Great Aunt of Kris Elaine DiMarco, Dell Marie Springer, Gary J. Schlotterer Jr., Mary Gail Buchta and Dean C. Schlotterer. Also survived by 9 great great nephews and 3 great great nieces. Elaine attended Holy Name of Mary School, Ursuline Academy and Hotel Dieu School of Nursing. Elaine was a retired Lieutenant Nurse in the United States Army after serving for 4 years. She was Head Nurse at Hotel Dieu Hospital Emergency Room for several years where she cared for many and was close to all Doctors and Staff. Before retiring, she was awarded Employee of the Year from Hotel Dieu Hospital. She was a member of the New Orleans District Nurses Association where she was named one of the 100 Great Nurses from Hotel Dieu Nursing School. She attended the Dedication to Nursing as one of the Great 100 Nurses in the State of Louisiana by Representative Jackie Clarkson. Read full obituary here.